{This piece is excerpted from “Keep Walking in Prayer…until you can’t come back” in honor of my son Adrian’s birthday.}

I know. God shows up every day. But this particular day, my son, my homeless-by-choice young son, was on trial although he had been stabbed repeatedly by a city employee. Yes he was in jail; had been for 38 days. I always pray for God to bless the son that we share in God’s own way. And God did indeed preserve his life as only God have done. And on the day of the trial God showed up in ways we could not ever have imagined.
First of all, a young woman attorney helmed the case pro bono. She was well versed and prepared to do her job. We’d never heard of her, but we know her now. She had canvassed the homeless community and found that they know my son and find him likable and helpful. Some of them actually depend on him for encouragement. No incidents of violence at all. And in her discourse at the courthouse, she intentionally and continuously reminded everyone involved that the victim had been in jail for 38 days awaiting trial. As often as she could. And by the way, this was happening as I was actually writing this last chapter.
The state was unprepared because they assumed this homeless man would come without representation so, having now met this powerhouse of an attorney, they asked for a continuance. But she said, “No,” adding that they were fully prepared to proceed. She had also collected donations to help my son get the basics he would need when he was released –things that get lost when a homeless person goes to jail. And she continued to demand his release by 5 p.m. That day.
The homeless man, my son, had the better representation of the two parties. Oh and did I say he also had a witness who saw him on the ground being stabbed repeatedly. Being stabbed, not stabbing.
I would not have known to pray for such a great attorney. A well-prepared public defender would have sufficed. I could not have guessed that a credible witness existed, one who would have willingly come forth. I could not have imagined that the state would not have bothered to prepare a case. On the day God showed up.

{My son received a settlement for his trouble and continues to live on the street by choice. We love him dearly and check on him regularly and pray God’s protection and grace all around him for himself and for those in his “tribe.”} 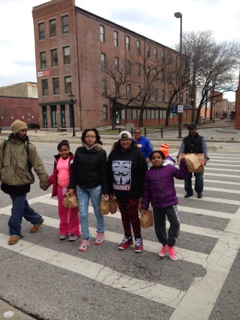